all about OUR STAFF

Our staff members and teachers are what make all about DANCE so great. Learn about each of our teachers below. 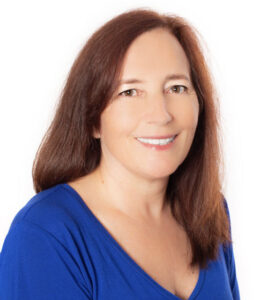 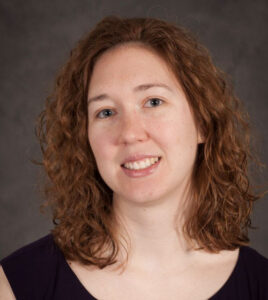 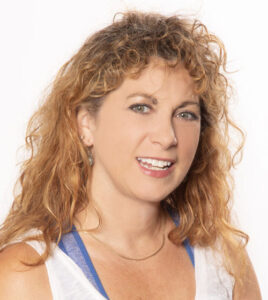 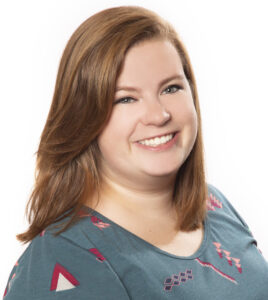 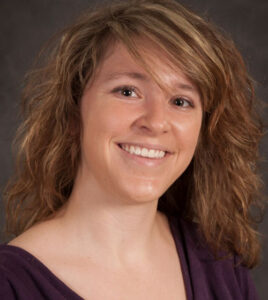 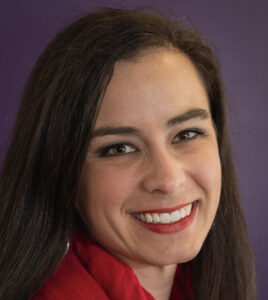 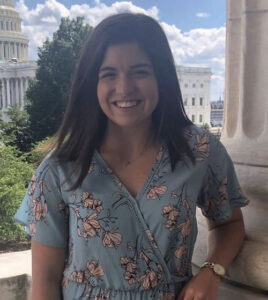 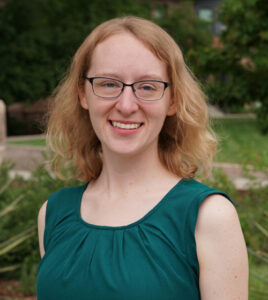 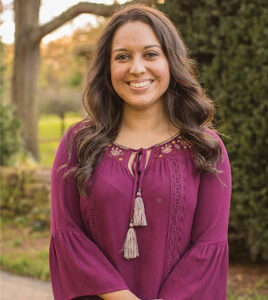 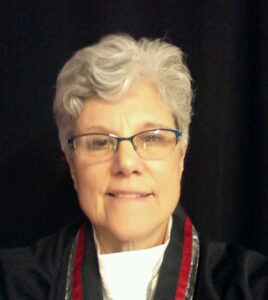 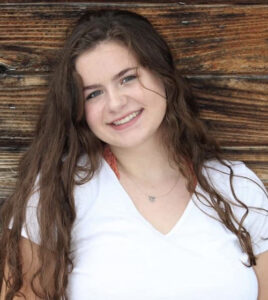 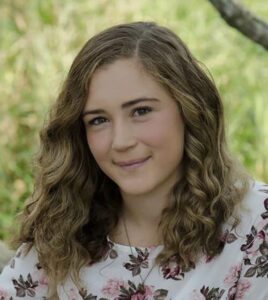 This year marks the 14th season of our studio. Though not a dancer herself, she fell in love with the art of dance when her daughter was young. Her daughter, Emily, became a beautiful dancer and inspired her to open the studio to provide a safe place for children to learn dance in our community.

The studio has grown tremendously over the years and offers an outstanding dance program for preschool through high school students, as well as adults. Additionally, the studio has expanded its art program to include music and martial arts. So much more than just a dance studio, all about DANCE is a place for families to be supported and loved by a staff of many.

It is Vanessa’s complete faith and reliance on God that continues to grow the loving environment at all about DANCE. The studio slogan is and will always be “all are welcome, it’s what we’re all about.”

Karlea has been part of all about DANCE since the studio opened in the fall of 2008. She grew up taking ballet at small studios in Tennessee and Georgia then attended the University of Georgia. After graduating, Karlea moved to the Dayton area to work as a media producer at a local church. God planted her within walking distance of AAD where she immediately enrolled in an adult class!

Currently, Karlea teaches at AAD and directs the artistic vision for the annual spring performance. She’s fortunate for the opportunity to combine her passions of working with children, educating, creating, and dancing.

Kim, a Vandalia native, graduated from Otterbein College with a BA in Developmental Psychology with a heavy concentration in dance. Employed by the Dublin Dance Center in Columbus in all phases of the organization – with over 1200 students, DDCC provides multiple performance opportunities throughout the year, and proudly sends many dancers on to study at the college level as well as professionally.  She had the pleasure of working with such noted professionals as Billy Bruce, Bruce Terry, Kristina Isabel (of HiJinx dance) and Christina Taylor. Additionally, Kim has served on the staff at Overfield Early Childhood Program in Troy as their Creative Movement Instructor, embodying the Reggio Emilia philosophy of Early Childhood Education into the realm of dance. Kim’s Special Focus – to blend Creative Dance with sound early educational philosophies, along with the principles of educational kinesiology in order to bring the best possible preschool dance experience to Vandalia and the North End. Teaching the whole child, the whole dancer, for a better tomorrow. We are so pleased with our ever-growing preschool program. She is an inspiration to all who meet her and does a remarkable job with our babies!

Originally from a small town near Cincinnati, Audrey began dancing at the age of 5 and has been dancing ever since. She studied pre-professional ballet at a small studio until the age of 16, taking a summer to also study with the Louisville Ballet. She has performed in a number of productions at the Aronoff Center for the Arts in downtown Cincinnati, as well as in The Nutcracker at Music Hall with the Cincinnati Ballet. After high school, she continued dancing with a club while in college. Audrey moved to Vandalia in 2015 and began taking adult ballet classes with us at AAD after graduating. She began instructing in the end of the 2015-2016 season and has helped our ballet program grow tremendously!

Jessica grew up in Xenia, OH where she started taking dance classes at 4 years old. She began teaching dance classes in high school and loved it so much she went on to become Certified to Teach through the  Dance Masters of America Teacher Training Program. Jessica joined All About Dance in 2012 and loves watching our wonderful students grow more confident and graceful every year.

We are thrilled to welcome Melissa back to the AAD studio this season! Melissa has been dancing for over 25 years. She has previously danced with Braided Light Dance Project, Firefall Dance Theater, Morgan Brown Dance Co., RED Company Real.Edge.Dance, and D&D Dance Studio. She has also performed in Orlando, Florida for Disney’s Magic Music Days. Melissa has formerly taught at Dianna Durkin Dance Studio (OH), Bedford Dance Academy (MI), World of Dance (FL), Magnolia Dance Academy (SC), and Belmont Center for Performing Arts (CO). Melissa graduated in 2012 with a Bachelor of Arts from the University of Akron in English and Dance, plus she earned her Master of Education degree from the University of North Florida in 2015. She has co-choreographed The Nutcracker, produced and choreographed You’re a Good Man, Charlie Brown at the University of Michigan-Dearborn, and choreographed Hello, Dolly at Cardinal Stritch High School. Fun fact: Melissa has been in over 15 musicals!

Lilly is a recent University of Dayton graduate from Richmond, Indiana. She has been dancing since she was 4 years old and took ballet, lyrical, jazz, and tap classes at her local dance studio. In high school, she was a member of the Richmond High School Devilette Dance Team for all 4 years. While in college, she continued dancing with the University of Dayton Dance Team. Upon graduating with a degree in Business Administration, Lillian started a job as a Defense Contractor in the Dayton area. She is grateful for the opportunity to continue dancing and is eager to share her love of dance with the rest of the AAD family as an instructor this upcoming season!

Cindy Redolfi is a fourth degree black belt in a Traditional Korean Martial Arts called Kuk Sool Won. Her passion for teaching began in 1980 with teaching horseback riding. She is a PATH Intl. certified Advanced instructor with the Therapeutic Riding Institute teaching special needs individuals. She began her martial arts training in 2003 with her two boys and became the school owner of Kuk Sool Won of Dayton in 2009. She has been teaching the preschool martial arts program – the Mighty Mites – and the intro to martial arts program – the Little Dragons at All About Dance for the past seven years. Martial arts manners and respect is emphasized in each class. Students are challenged each week with obstacle courses, special animal exercises, martial arts kicks and punches as well as martial arts forms and self defense techniques while improving balance, coordination, listening skills and having fun.

Elizabeth is a former student of all about DANCE and has since returned bringing with her various skills and technique surrounding Hip Hop. She is a recent graduate of Northridge High School and will be working closely with JD on our Hip Hop program. We are so excited to have her on board!

Amber is originally from Huber Heights and has been dancing since the age of 3. She is well-versed in dance, having experience will all styles including ballet, tap, jazz, modern, and more. She danced at her home studio until graduating high school in 2018. During high school, she was a member of the Wayne High School Warriorette Drill Team, and was an officer her sophomore through senior years. This included teaching and aiding in choreography for the team. Amber has been with AAD since 2018 and currently teaches SPARKS, ballet and lyrical.

Originally from Texas, Alex moved to Ohio in 2010 with her family. She started dance at the age of 2, and has over 15 years of dance and performance experience. She received the majority of her training at The Ballet Conservatory in Lewisville, TX where she studied ballet, pointe, jazz, modern, and tap; and was a member of their pre-professional ballet company LakeCities Ballet Theater (LBT) for three years. While a member of LBT2 and LBT, she performed in numerous ballet’s such as The Nutcracker, Le Ballet de Dracula, Giselle, Peter and the Wolf, and Stars and Stripes. She also competed in the Youth American Grand Prix, took master classes and performed with former Principal dancers from the American Ballet Theater, and has many years of experience with dancing to live orchestras. While in college, she was a member of the dance team at Wright State University and then became a student at the Dayton Ballet School where she studied ballet and pointe. She graduated from WSU in 2017 with a degree in Public Health Education. Alex is in her third year of teaching at Jeanie Moreland Dance Theater in Springboro, where she teaches ballet technique to the competition groups. Outside of the studio, Alex enjoys hanging out with family and friends, traveling, decorating her house for the different seasons/holidays, and relaxing at home with her husband, Alex and their dog, Lucy!